The Chargé d'Affaires of the Libyan Embassy Brussels meets a number of wounded people to ensure their health and to see the progress of their treatment procedures in order to overcome all difficulties. 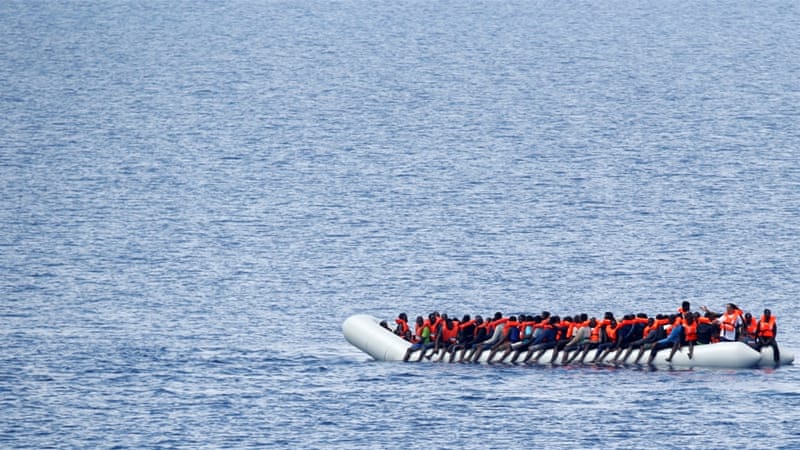 An Irish naval ship has rescued 712 people, including pregnant women and infants, off the coast of the Libyan capital of Tripoli as part of an international migrant-rescue effort, Ireland's Defence Forces say.

The Le Eithne ship led the rescue of multiple vessels in distress 40km north-west of Tripoli throughout Sunday.

Six migrants, including one baby, were revived from states of unconsciousness.

The ship will transport the people, including 14 pregnant women and four infants below the age of four months, to a designated "port of safety" to be handed over to Italian authorities.

"I'm very proud to say all lives were saved, no lives were lost. It was a complex operation where lives were at stake at every turn over a full eight-hour period," Commander Brian Fitzgerald told national broadcaster RTE from the ship.

Overall, they were really in a wretched condition but in all cases healthy enough to undertake the journey to a port of safety.

Earlier this month, at least 126 asylum seekers en route to Europe drowned in the Mediterranean Sea after the motor of their boat was stolen, causing it to sink, the UN migration agency has said.

Gangs in Libya have built a lucrative trade out of packing refugees into rickety boats heading for Italy, where more than 65,000 have arrived so far this year.

As of June 14, 1,828 people are believed to have died trying to reach Europe, according to IOM figures.

Debate over dealing with the refugee influx is becoming increasingly bitter in Italy, whose economy is lagging behind its European peers before national elections next year.

The IOM recently said that hundreds of African refugees and migrants passing through Libya have been bought and sold in modern-day slave markets before being held for ransom or used as forced labour or for sexual exploitation.

People are bought for between $200 and $500 and are held on average for two to three months, Othman Belbeisi, head of the IOM's Libya mission, said in Geneva earlier this year.

"Selling human beings is becoming a trend among smugglers as the smuggling networks in Libya are becoming stronger and stronger," he said.